Skip to content
Blog > Insurance > Auto Insurance > How much does Tesla Insurance Cost? Does the price vary by Model?

It was the launch of Tesla car model Y that took Tesla Insurance Services to the limelight. Though, it seems to be the cheapest amongst the Tesla car products to be insured despite its higher price tag.

Records available revealed that the average cost of Tesla car insurance is put to $4,548 in a year. Though, the rates for your policy varies putting into consideration certain factors like, the model, location, and driving history as well as the coverage amount selected.

However, Tesla car insurance may sound so cheap, but there are most expensive to insure than many other luxury cars considering their high repair cost which may increase the cost of collision coverage.

How much does insurance cost for a Tesla?

The Tesla auto insurance cost variance is subject to the model, trim you choose, location, and driving history. These are factors to be put into consideration while determining auto insurance rates as well as the amount of coverage acquired.

It will also interest you to know that, Tesla Model Y is the latest model but less expensive amongst other models when you are to insure but not a cheaper Tesla brand.

You can factor in the slightest bigger difference than the Model 3 which is why it is the lowest insurance price.

It has been discovered that Tesla Model X and High-end vehicles are the most expensive Tesla vehicles to be insured.

Here is a rundown of cost comparison of a sample of drivers in California for the new Tesla model. This cost quote is derived from State Farm, Geico, and Progressive.

The cost of Tesla insurance changes by model, but owners should also take into account the potential impact of different trims on auto insurance rates when choosing their vehicle.

For it is not all insurers that offer different quotes by trim. Though, the insurers that do emphasize the difference in vehicle cost, acceleration, and other vehicle features translate into different premiums.

Instance abound, most auto models that are paired the same may vary in their insurance rates. For a better understanding, a Tesla Model S with 75D trim may have lower insurance rates than the same model car with P100D trim.

This most times may be because the P100D vehicle costs more to replace, as the starting cost is approximately $50,000 higher, and it accelerates from 0 to 60 mph in just 2.5 seconds (as opposed to 4.2 seconds).

You may also like: How to Find Cheap Car Insurance ultimate guide

Which companies offer the cheapest insurance for a Tesla?

Amongst the insurance service providers, the company with the low-cost rates for auto insurance is Progressive.

Consider Geico auto insurance who offered the cheapest car insurance for a Tesla Model 3, but its rates were 114% higher than that of Progressive’s rates for a Model X.

Rates are determined based on averages across all available 2020 Tesla models.

Find Cheap Auto Insurance Quotes in Your Area with insurers.

In California, Tesla’s insurance products are carefully planned to offer lower rates for Tesla owners, however, it does not offer the best price. The average rate for a Tesla is $2,363 yearly.

This record is indeed below the average we found overall, but not as cheap as Progressive or AAA of Northern California.

While Tesla partnered with Redpoint Insurance to sell coverage to customers at the affordable and lowest cost in Texas.

Tesla insurance is one of the cheapest options for full coverage in Texas. While the annual rates are 61% cheaper than the average cost to insure a Tesla across the state’s topmost insurance providers.

Drivers can purchase insurance coverage for their Teslas through other providers. These are just two besides Redpoint-State Farm and USAA whose rates offered are significantly cheaper than average.

As Tesla incorporates individual driver data into its rates, the safest drivers could see even lower insurance costs.

It is obvious that most of the auto insurance companies are very clear on their standpoint of higher or lower auto insurance offers to Tesla owners. This is judged on the safety data collected from insurers.

For better and affordable Tesla insurance rates, do well by finding out more to compare quotes from different insurers taking into consideration the discounts offer for Tesla vehicles or cars with autopilot. This will help you to save a huge amount on premiums.

In August of 2019, Tesla began selling its own insurance policies through a new company, Tesla Insurance Services.

Tesla rolled out its own insurance policies via a new firm known as Tesla Insurance Services sometime in August 2019 in California. Today, this insurance service is to be expanded to cover Texas.

With the coverage offered by Tesla, its hopes to address the higher costs Tesla owners often pay for car insurance, as well as offer some additional benefits not available from big-name insurers.

The insurance services of Tesla have been spearheaded by State National Insurance in California. While its activities of selling insurance are also handled in the same manner, the actual risk of writing insurance policies will not be taken on by the State National.

Three (3) strategies for rate reduction are identified by Tesla and State National. The repair costs can be reduced when services are offered directly from Tesla service centres with the addition of discounts, while the commission is lowered by an insurance company.

Drivers are advised to always get quotes from other insurance companies, this is because when insurance rates quote are compared, the best rates option is found thereby enhancing savings on the car insured.

Our in-depth study revealed that the reason why Tesla auto insurance is costly is due to the high cost of repair involved in an event of a collision.

In the course of this, Tesla will repair the damaged car internally as being agreed. The rate filings corroborate Tesla’s claim, though rates may change over time.

This has to deal with providing discount rates on different portions of one’s overall premium based on the independent driving capability level of your car. This said discount is applicable to your policy’s liability, MedPay, and collision coverages.

The Tesla models are classified on Level 2 autonomy, however, they can also be recognized on Level 5 autonomous driving with offers to available cars by the use of a software update.

There is no proof from a public statement credited to Tesla CEO Elon Musk on specific rate adjustments concerning one driving habit using telematics. However, other insurance service providers such as Progressive and Root use such devices or smartphone apps to track your habits to effect change on your rates.

There is a fair driver discount package of 20% and 35% available for qualified drivers who are involved in an accident but have not been at fault in the course of that for three (3) to five (5) years back.

The commission rate on Tesla insurance products is trim to the lowest level when likened to other insurers. This can help reduce the price Tesla owners pay for insurance.

Other discounts available from Tesla Insurance

Eligibility is one of the factors that determine some of the discounts. Therefore, other discounts associated with Tesla’s insurance include:

Tesla insurance service coverage available for drivers is indeed enticing such that many drivers may admire and wish to cross over from other insurers. This means all policy comes with Vehicle Automation Package, which includes:

Autonomous vehicle liability is the most significant coverage available from Tesla, and we haven’t seen this coverage from any other insurer. However, it’s unclear whether the policy covers damages incurred while using features like “Smart Summon,” where a Tesla vehicle will autonomously drive itself to you (such as in a parking lot).

Autonomous vehicle liability is considered one of the key coverage that no other insurer has boasted of except Tesla. Though, it is not so clear to establish whether the policy covers damages incurred while using features like “Smart Summon,” where a Tesla vehicle will autonomously drive itself to you (such as in a parking lot).

These coverages are not different from Tesla insurance, though not every insurance company offers them.

Why are Tesla so expensive to insure?

Collision coverage is seen as the most expensive of Tesla insurance. This is as a result of the high cost involved in repairs and maintenance in an event of a collision.

The repaired cost at Tesla seem to be very exorbitant and could run into thousands of dollars. Therefore, as the cars assimilate more custom parts and technology, the cost per collision may continue to rise despite efforts made by Tesla to reduce crashes. 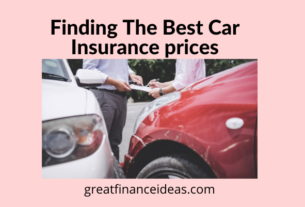 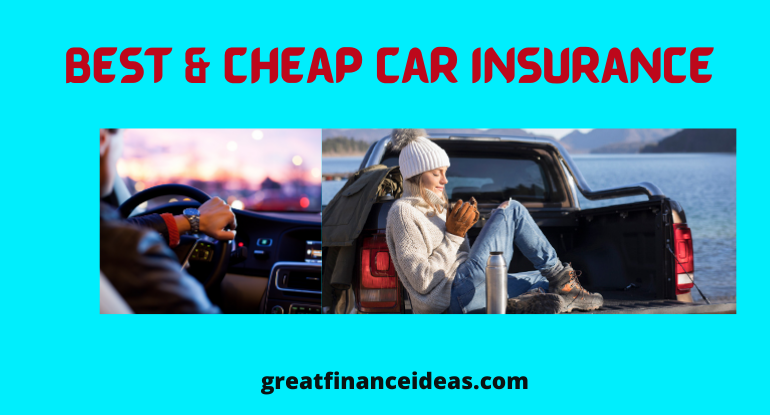 Guide to choosing the Best and Cheap Car Insurance